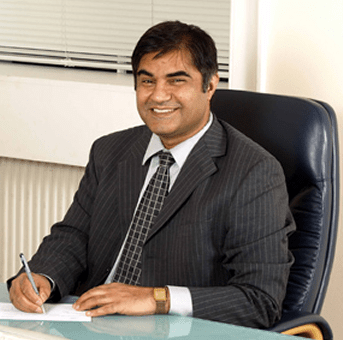 Dr Azhar Shaida was awarded a scholarship to Pembroke College, Cambridge University to read Medicine in 1984. He transferred to Oxford University in 1987 to complete his clinical training and qualified as a doctor in 1990. He then trained in Oxford, London and Cambridge and obtained the FRCS in General Surgery. He decided to specialize in ENT surgery and trained on the East Anglia rotation, obtaining the FRCS (Otolaryngology) and the FRCS-ORL. He attended a number of leading hospitals in Europe and Australia to complete his training, and was appointed as consultant Ear, Nose and Throat Surgeon at the prestigious Royal National Throat Nose and Ear Hospital in 2002. He also provides a full general ENT service at Newham General Hospital. He received his MD degree for his thesis on matrix metalloproteinases in rhinitis from the University of London in 2004.

Areas of special interest are general ear surgery, cochlear implants and paediatric ENT surgery. His research interests include the restoration of hearing, advances in cochlear implant surgery and other implantable hearing devices. He reviews articles for the Journal of Laryngology and Otology.

He is actively involved in teaching, and regularly lectures on courses at the Royal National Throat Nose and Ear Hospital and at the Royal College of Surgeons of England.

FRCS – Fellow of the Royal College of Surgeons of England, 1994

FRCS (ORL-HNS) – Fellow of the Royal College of Surgeons of England in Otolaryngology, 2000