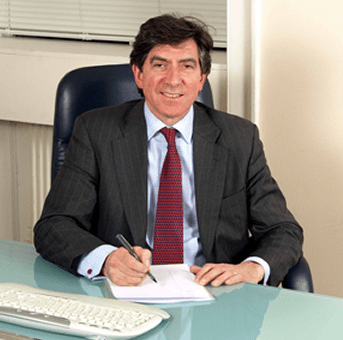 Dr Gerald Brookes graduated in Medicine from the University of Sheffield. He trained in general Ear, Nose & Throat surgery at Bristol Royal Infirmary and King’s College Hospital in London. Specialised training in Otology, Neuro-Otology and Skull Base Surgery was undertaken at The London Hospital and the University of Michigan, USA. In 1984 he was appointed as Consultant Neuro-Otologist, ENT & Skull Base Surgeon at The National Hospital for Neurology & Neurosurgery, Queen Square and The Royal National Throat, Nose & Ear Hospital, London. Subsequently he was appointed Honorary Senior Lecturer in Otolaryngology at the Institute of Neurology and Institute of Laryngology and Otology. He has published well over 100 original articles and 8 book chapters especially on Ear and Balance disorders including Meniere’s disease, Acoustic Neuroma and other Skull Base conditions, and neurologically related ENT disorders including Laryngeal Dystonia.

Dr Brookes founded The Harley Street ENT Clinic in 2004 with Dr Natalie Brookes, his wife and Consultant Rhinologist and ENT Surgeon. He resigned from the National Health Service in 2010 and is now a fully private ENT specialist, but continues an NHS Neurolaryngology Clinic, for the optimum management of patients with neurological voice disorders which he pioneered in 1988.

FRCS Otolaryngology – Fellow of the Royal College of Surgeons of England, 1979

Runner-up in BUPA sponsored ‘Doctor of the Year’ competition, 1981 (Subject: Nutrition in head and neck cancer)