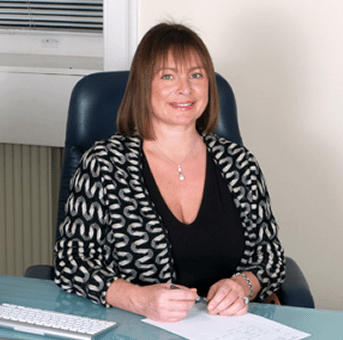 Dr Natalie Brookes graduated in Medicine from Trinity College, Oxford University. She trained in general Ear, Nose & Throat surgery on the North Thames Surgical Rotation in London. Specialised training in Rhinology was undertaken at Charing Cross, Royal Brompton and the Royal National Throat, Nose & Ear Hospitals. Her Rhinological and Facial Plastics training was completed during clinical fellowships in Adelaide, Zurich, Paris and Stuttgart. In 2004 she was appointed as Consultant Rhinologist and ENT Surgeon at The Royal Free Hospital and The Royal National Throat, Nose & Ear Hospital, London. Subsequently she was appointed Honorary Senior Lecturer in Otolaryngology at the Institute of Laryngology and Otology. She has published and presented on numerous rhinological topics.

Dr Brookes is a Fellow of the Royal College of Surgeons of England, the Royal Society of Medicine and the British Association of Otolaryngologists-Head & Neck Surgeons.

Dr Brookes founded The Harley Street ENT Clinic in 2004 with her husband Dr Gerald Brookes. She specialises in rhinoplasty, nasal and sinus disease.

FRCS (Eng) – Fellow of the Royal College Surgeons of England, 1994

FRCS (ORL-HNS) – Fellow of the Royal College of Surgeons of England in Otolaryngology, 2001